What are Hemp Terpenes?

Posted on September 2, 2019 by Healing Botanica

Have you ever noticed or enjoy the citrusy or peppery smell in hemp?

There is something unique about the aroma that comes from hemp. It relaxes you and soothes your body and mind. If you have ever had a whiff of hemp, you would realize that there is something in the flavorful bouquet.

If you’re curious, then it would interest you to know that it is the terpenes you smell in hemp. These are aromatic compounds that give hemp its scent and flavor profiles.

What are Hemp Terpenes

Hemp terpenes are the aromatic metabolites present in the oils of all plants, no matter what species or genus. These are responsible for giving plants their signature scent and flavors.

The fresh and invigorating aroma in a forest or garden is thanks to these terpenes. Up until now, approximately 20,000 different types of terpenes have been identified in overall plant life.

Hemp is often said to have a “skunky” scent. However, what most people don’t know is that Hemp offers a variety of scents and flavors. The terpenes are influenced by various environmental factors. These include soil conditions, climate, temperature, maturation of the plant, time of day, and fertilizers. 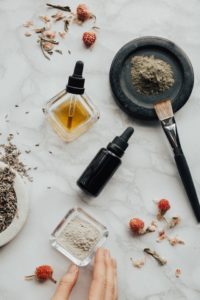 They differ from strain to strain, each having a unique aromatic profile. For example, the Blueberry hemp strain inherits a blueberry-like smell and taste.

In Hemp, the development of new strains began as an adaptive response. Some were formed to stray away predators and pests while others attracted pollinators. Up until now, over 100 different types of terpenes have been identified in Hemp.

This diverse range is quite impressive. What’s more interesting is the terpenes’ ability to interact with other compounds present in the Hemp plant; such as cannabinoids like THC and CBD.

Each Hemp terpene is quite unique in its own regard. They are associated with creating or triggering different effects. While some terpenes are efficient in promoting the relaxation and calming effects found in CBD Oil products, others promote acuity. For example, Alpha-Pinene encourages alertness while limonene is a stress-reliever.

As mentioned previously, the presence of other compounds may impact the terpene’s effect profile. The synergistic phenomenon is called the entourage effect.

Because Hemp offers a variety of terpenes and subtle differences in reaction to other compounds, they add depth to Hemp horticulture. Connoisseurs study these compounds to explore new strains.

Seven Most Common Types of Terpenes

Here are some of the most common types of terpenes, commonly found in CBD oil tinctures and CBD oil capsules, along with their main characteristics and other plants they are found in.

α-Pinene is one of the most common terpenes. It has a pine-like aroma and is considered to promote alertness and memory retention.

β-Myrcene has a musky, earthy or herbal aroma with a hint of cardamom or clove. It is said to have relaxing or soothing effects.

Limonene is known for its signature citrusy aroma. Its potential Effects include stress relief and mood elevation.

Caryophyllene has a woody, spicy or peppery aroma and is said to relieve stress.

With a floral or almost lavender-like aroma, Linalool encourages calmness and mood enhancement.

As the name suggests, Humulene has a humus-like or woody/earthy aroma. It’s supposed to have anti-inflammatory effects, similar to the effects you might have with a turmeric powder.

Lastly, Terpinolene has a floral or herbal aroma with properties that potentially relaxes the body and mind.

Terpenes are very fascinating compounds. Modern scientists are investing time and resources to observe how they affect our mind and body. If you are intrigued of the potential benefits that can be found in CBD products, we would recommend starting with a CBD oil tincture as they are the most absorbable and fastest acting.